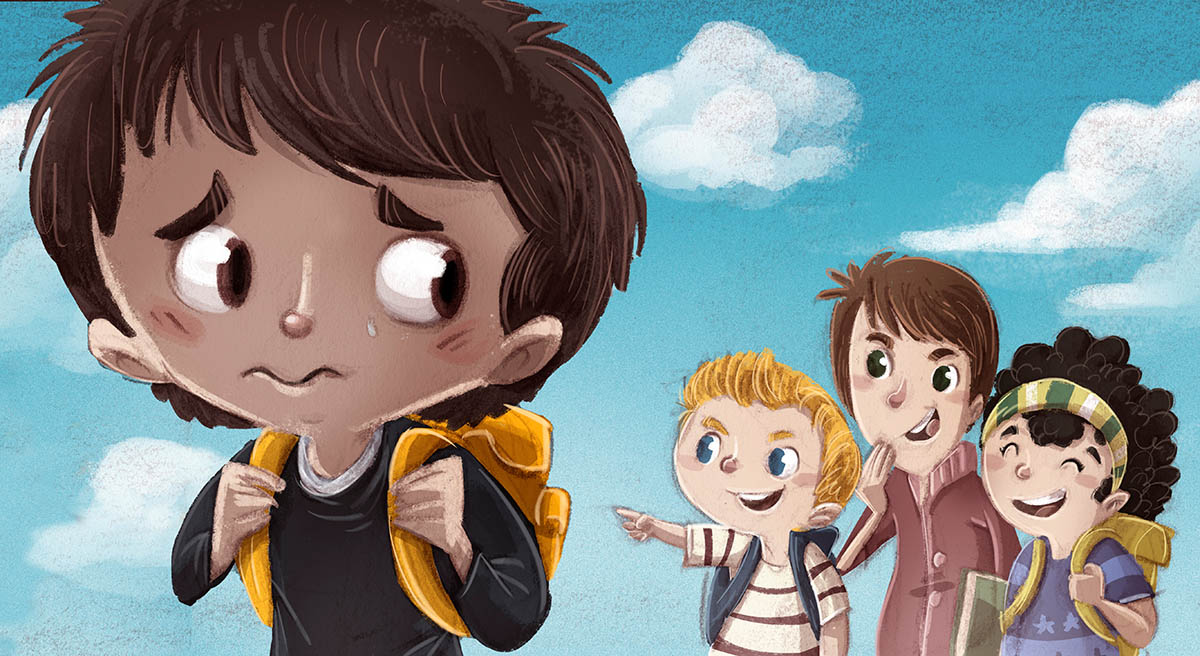 What we need to teach kids about the psychology of bullying.

Schools are mostly fire-proof, but many aren’t bully-proof.

Encourage children to question some of the bullying beliefs that give power to bullies and remove it from victims.

Spark children’s empathy and compassion for those who are bullying, since it indicates they may be suffering.

Children’s schools are inspected and regularly checked by professionals to ensure safety from the harm of fire. Not only are the building and facilities, with specific attention to risks like electrical wiring, assessed by firefighters, but the whole school from the principal to the youngest student must repeatedly practice a safe exit according to an effective, timely plan. If the building isn’t safe, if the orderly, informed exits fail to meet the experts’ standards, the school is closed until it can prove it is up to code. If only we treated the risk and danger of bullying in the same way.

Why don’t we bring in outside assessors, informed experts, to do regular checks on how safe schools are in terms of bullying?

Parents can send their children to school knowing that they are almost guaranteed to be safe from any kind of fire hazard, but they cannot send their child to school with the assurance their child will be safe from bullying. Because children may not be safe as they return to school this academic year, we need to arm them against the far too frequent harm that occurs. Teachers and school leaders have, to date, been unable to halt bullying. The crisis is frequently covered in the media, but it continues unabated.

The word often connected to today’s bullying crisis is “epidemic.” Considering that bullying is infecting more and more adults and children, being proactive and teaching children ways to understand and address it is going to give them a strategy for remaining psychologically healthy and strong. While it’s extremely difficult to stop bullying from targeting one child or many, parents can empower their own children with knowledge to debunk myths around bullying.

Parents can support teachers and school leaders in having children question established beliefs around bullying. They can use the Socratic method to get children to think. They can pose questions and dialogue with them. Encourage children to unpack the bullying myths that prevail in our society.

We tend to treat bullying as though one child has power over the other. We speak of a “power imbalance,” but targets need to know this isn’t true. Adults have power over children, but most kids do not have actual power over one another. An adult can block an opportunity, discipline, punish, control social interaction, give an expert opinion on a child’s performance or potential even. Children do not have any of these powers.

Pointing out to a child that bullies, in fact, do not have the power they claim is not designed to minimize or dismiss the incredible harm a bullying child can do, but it undermines the bullying myth that tends to position the bully as powerful and the “victim” as weak. Children who bully conjure up fictional power based on superficial or enviable qualities that other children should find questionable.

Get children to think about and openly discuss scenarios such the following: A student is new to a class and is targeted for bullying. Why? Is newness something that is weak? Such a discussion opens up a dialogue about social-emotional relationships and how a bully is dependent on established bonds to target the new student. Is this power, or does this actually highlight bullies’ lack of power, since they’re dependent on others to do their harm.

Then, have children think about this scenario: a student has some kind of uniqueness in their appearance, clothing, speech, or culture and this leads them to be targeted for bullying. Why? Is uniqueness something that makes you weak? It certainly isn’t in the adult world. This would be an effective moment to have children look up all the famous people, from innovators to professional athletes to celebrities, who were targeted for their uniqueness as children.

Another scenario for discussion: a student is talented and is targeted for bullying. Why? In this moment, you can explain that in all three of these examples, questioning and critical thinking reveal that the one bullying is acting out of a lack of power. The bully needs something that the target has: a new life, a unique quality, a talent.

This list can be extended to help children understand the sadness that often accompanies those who default to bullying.

The bully wants parents who aren’t divorcing, adults who don’t hit them, a family that doesn’t ignore them, relatives who don’t have substance abuse problems or mental illness. Unconsciously, the bully is driven by deficits to try and wrest away from the target what makes them independent and whole.

The target is not dependent on the bully. The target doesn’t seek bullies with whom to engage. The target is relatively whole and interested in social connection. Targets aren’t lacking, bullies are. This lack drives them to behave in aggressive, harmful, self-divisive ways.

Myth #2 Bullies Are Born, Not Made

Children need to learn that bullies are actually waving a red flag that says they’re suffering from adversity and need help. We need to remind children that those who bully aren’t powerful and shouldn’t be allowed to influence others with their fictional attempts to gain power. They are, in fact, at risk and crying out for help. The more their bullying is allowed, the more harm is being done to their own brain and mental health.

Not only are adults not getting to the heart of what adversity is plaguing bullies, they are allowing them to wire in callous, un-empathic neural networks.

Ask children what school is for, and among all their answers, remind them that school is a place where children learn how to become healthy, productive, whole adults. Empathy, not bullying, is one of the most sought-after qualities in professional careers. We need children to learn that not just high grades, but excellent empathy skills are going to help them triumph in a challenging work world. Bullies should spark compassion, not fear, in child populations. It is the bully who is dismantling the empathy that was wired into their brain by evolution. This can be a terrible loss.

Myth #3 Bullies Hurt Other Children, Not Themselves

We tell children to report bullying to teachers in some sort of bid to save the target. We especially want children to report a target in physical danger, but children need to understand that both the one bullying and the one being targeted are both in physical danger. The harm might be invisible if the bullying is emotional or psychological, but neuroscientists have extensive evidence that bullying harms the brain of both bully and victim.

The negative changes to the brain of targets and bullies can be seen on brain scans. We do not tell children this, but it is critically important information from a safety and a recovery standpoint. Children need to know, since adults don’t fully seem to understand, that bullying is dangerous just like fire. In fact, it might be more harmful because it’s an invisible, slow burn occurring in brain and body, and firefighters rarely, if ever, show up to put out the flames.

We do everything in our power as adults to teach children not to play with fire, but entrenched social myths appear to make adults unable to proactively halt bullying to keep both bullies and targets on a mentally safer and healthier trajectory. Empowering children to regularly bring a critical mindset to bullying myths, and knowledge from science that it hurts all children’s brains, hopefully acts as a way to keep children safer.