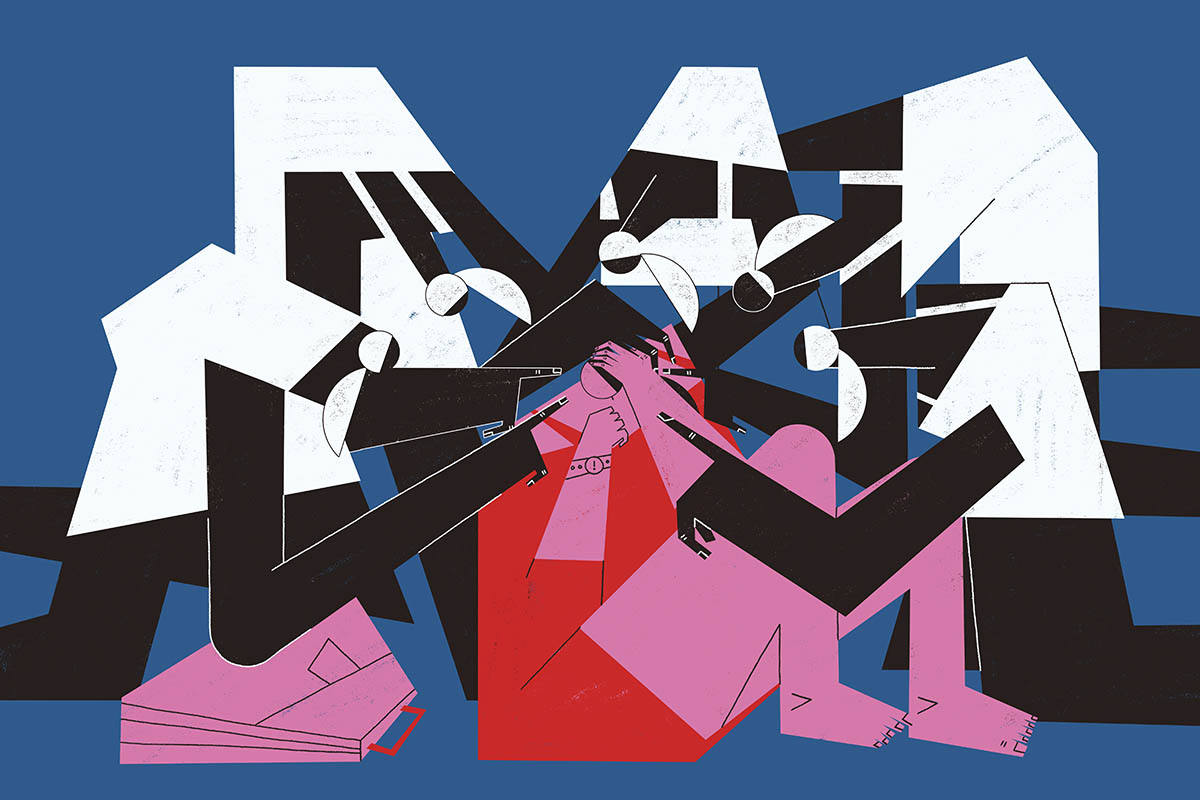 School Culture that Looked the Other Way

I was an “unwilling bystander” in a school culture that looked the other way when abuse was occurring. This was before I stepped into the whistleblower role. I knew about an abusive teacher, but my attempts to stop his harmful treatment got me nowhere. Instead, I encountered all sorts of administrative gestures like having to meet with the abusive teacher and discuss my concerns, as if we had an interpersonal problem. I was shown a big file at one point by the Director of the School who wanted me to understand that this pile of intel was about me and what a complainer I was!

Ultimately I was so beaten down by administrators that I began to simply look the other way. And in all honesty, I was afraid.

At one point when I was telling the Headmaster in no uncertain terms that students needed protection from this abusive teacher, he yelled at me “Don’t tell me how to do my job!” Having your boss yell at you in a fit of anger is not a great career move.

The teacher was reported on as abusive by other faculty, by students, and by parents but the Headmaster failed to make any substantive change. At the outset, I held meetings with the Director of the Senior School. When that didn’t work, I asked to meet with the Headmaster. I also voiced my concerns multiple times to the Chaplain who acted at the school as a sort of counselor, HR figure, and also did bi-weekly sermons. He acted sympathetic and worried, but said he too was unable to make any change.

After a while, it was made clear to me that I was seen as the problem and should learn to keep quiet. It went on for years.

Even when this teacher screamed at students and hurled a chair at them, it still wasn’t seen as an issue requiring anything more than an apology. I felt powerless to do anything about the situation and finally gave up alerting the administrators. I just kept my head down. When students or parents complained to me, I would tell them that there was nothing I could do and that they needed to take their concerns to the administrators.

This is the way the vast majority of employees act when faced with wrong-doing at work. If you’ve spoken up and been effectively told to shut-up, most of us, shameful as it is, look the other way and keep quiet.

Now that I have bumbled into the whistleblower position, I feel regretful that I didn’t do more to protect students from that teacher. The truth is I succumbed to a school culture that looked the other way when abuse was occurring. As I watched from a distance, the teacher was ultimately fired which the administrators called “early retirement” regardless of how that might confuse and trouble the already distressed brains of student-victims who had reported his abuse.

The teacher died a year later and the school put on a major funeral as if he had been their greatest teacher. I was worried about the messaging to students who played the painful whistleblower role and reported him. I emailed the school counsellor about how the messaging was very unhealthy and put at risk kids who had spoken up at more risk. She didn’t reply.

I honestly believe we can do better as a society.

For years despite reporting, students were not protected and ultimately had to watch school administrators cover up what the teacher had done.

The teacher didn’t get the help he needed. I mean it’s tragic and unnecessary when you think about it. I’ve learned in researching abuse and hearing stories from parents trying to protect their kids that this is a typical pattern, not an unusual one. This is exactly what has galvanized me to walk away from being an unwilling bystander and instead take the unlikely whistleblower position.

Dorothy Suskind cites the research of Holtbrügge, Baron, and Friedmann who discovered that “many employees take a pragmatic ethical stance while at work, following the culture of the organization even when that means being complicit or contributory in the presence of questionable behavior.” I was in exactly this position and it is perhaps the experience watching this teacher and the way the administrators enabled his abusive conduct that actually pushed me to finally speak up. Everyone has their limit and being informed about four other teachers using bullying and abusive tactics appears to have been the final straw for me.

Or perhaps the tipping point was because my son was one of their many victims.

If that’s the case, then I can add this to the list of things I feel badly about, and it is part of the whistleblower’s journey to have to face these sorts of failures. I want to think about myself as a teacher who would go to the wall for her students, but instead, I took a “pragmatic ethical stance at work” and stopped arguing with administrators who I needed to renew my teaching contract each year.

I was rewarded for keeping quiet. They controlled my livelihood and it was easier to look away than to try and battle them. It’s just that as a mother I could not do it. I was witnessing first-hand, not just how harmful the abuse was to my son, but even worse for him was the manipulative cover up by administrators. It was mind-bending.